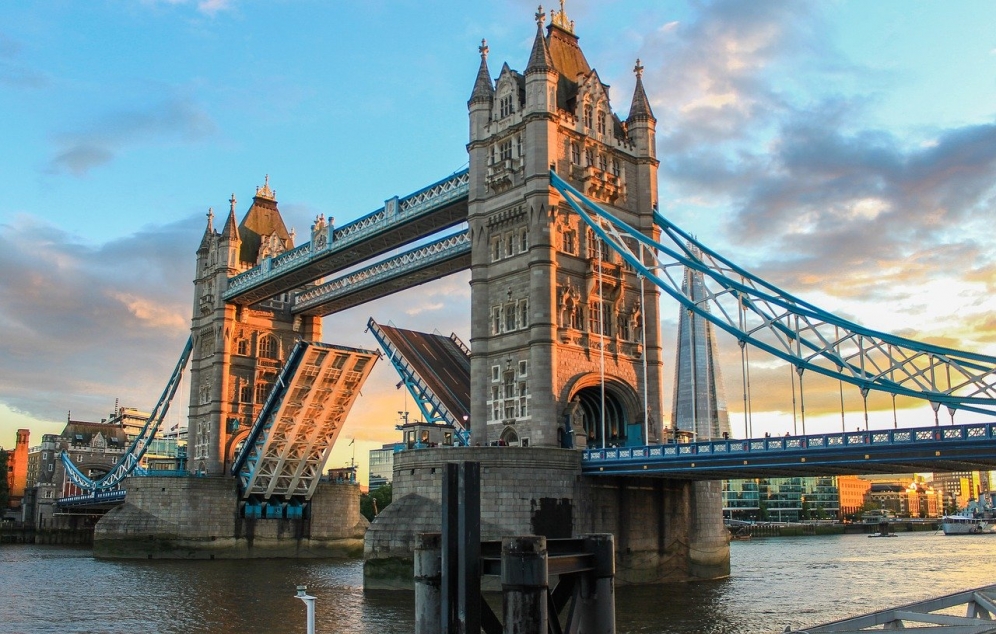 London is the most popular destination of the British excursions. It’s the capital of Great Britain, a bastion of English traditions, the biggest tourist attraction. London attracts tourists like a magnet. Everyone finds the reason to arrive for weekends in London. Someone goes on tour to London to see a red double-decker, a red telephone box, queen’s guards in a bearskin near Buckingham Palace, wax figures at Madame Tussauds Museum, Tower, Big Ben, and many other attractions.

The imperial scope is felt in everything: in the formidable buildings of the Tower and Westminster Abbey, in the solemn steps of the guard of honor near Buckingham Palace, in the number and size of local museums and galleries, in the majestic Thames. Even the local Ferris wheel, called the London Eye, is so large that if this eye was sighted, its gaze would certainly reach the most remote corners of the world.

London is a distinctive city; you cannot confuse it with any other. Here double-decker buses and cabs ride through the streets. Here is the oldest metro in the world, the Tower Bridge, red telephone booths and police bobby in the same helmets. At the same time, conservative London knows how to be fun. There are legends about its nightlife, and the local parties are considered the most fun and crazy in all of Europe. Countless pubs, restaurants and expensive nightclubs buzz until the morning. Why not buy a ticket to London and not get the feel of Londoners?


What to do in London?

Certainly, most people buy a tour to London in the hope of visiting Big Ben, Westminster, London Eye, and many other places. It is possible to list interesting places in London for a very long time - dozens of parks, museums, monuments. It is difficult to single out one place and it is problematic to explore the whole city in a week.

It is advisable to start acquaintance with the central part of the city. Most interesting places of London are almost all collected on the banks of the Thames, which is logical. The city was founded on the banks of the island’s largest river. Every meter of the Westminster district has a breath of millennia. If you want to know the traditional London, you should start the trip either from Trafalgar Square and go south to Big Ben and Westminster Abbey. Alternatively, you can start from the Vauxhall Bridge and move along the embankment along the Thames and through Westminster. Experienced travelers say that the tourist center of London is small, which means that you can see all the famous sights just by walking.

If you expect to see no London Eye and Tower Bridge, you simply should choose another way. Cheer on a football match. For the British, football is a sacred affair. Want to feel the crazy spirit of unity at a football match and feel like a real fan? Then, without hesitation, go to the game! Dream about a unique view of London? Take a flight across the Thames on the Emirates Air Line. Fans of extreme sensations should by no means ignore the London passenger cable car connecting the Greenwich Peninsula and the Royal Victoria Dock. In London, don’t forget to attend the music festival! Londoners are so fond of music festivals that no week makes a shift without another action in the British capital. In addition to music, their program usually includes delicious English snacks and traditional drinks: lager, ale and beer.

The nightlife of London impresses even inveterate party-goers. Conservatism and emotional restraint in no way prevent the British from spending nights at incendiary dance floors until dawn. There is no such great number of pubs and clubs anywhere! The main club venues in London - Soho and Leicester Square - are waiting for visitors throughout the week. If you want to try something really cool and very fashionable, go away from the center, for example in Hoxton and Shoreditch in eastern London or Brixton and Clapham in the south of the city. Here you will finally understand what the fantastic club life of London is, its unusual pubs and bars, world-famous clubs and stunning night views.

London attracts tourists not only with its history and culture but also with the opportunity to fill their suitcases with clothes and other purchases. London is one of the world’s fashion capitals with cities such as Milan and Paris. Finding yourself in the western part of the city, one cannot help but be surprised at the richness of the choice of goods available for city guests on the Thames. This is not to mention other areas where there are shopping malls, shops, and markets with more affordable prices.

The main shopping streets are Oxford street where elite European brands are sold, Regent- street where you’ll find everything from large department stores to small toy stores, Carnaby street with fashionable youth clothes, King's road with indie shops, avant-garde designer boutiques. Picadilly with department stores, bookstores, souvenir shops is also known in London. Knightsbridge is full of expensive department stores and boutiques and Covent Garden has affordable clothing and shoes of popular brands. In central London, virtually all stores are open Monday through Saturday from 10:00 to 18:00, large shopping centers close later - around 20: 00-21: 00. In most tourist areas, shops can be opened on Sundays. Many street markets start opening up - Portobello, Borough, Brick Lane and Covent Garden.

Great Britain, like its capital, cannot be called cheap, but this does not reduce the love of shopaholics, especially during sales. Sales in London take place twice a year, in winter and in summer. The winter season for discounts begins at the end of November and lasts almost until the beginning of spring. However, after Christmas, little remains on the shelves, although at very low prices. Closer to Christmas prices are reduced by 50-70%, and by New Year - up to 90%.

Airlines: Many different airlines operate from any part of the world, including the USA, Europe, etc. We will always offer you the flights to London at the best prices.
Airport: London Heathrow Airport
Distance from Airport: 30-40 minutes (25 km)
Language: British English
Timezone: Greenwich Mean Time
Population: Around 8.9 mln
Passport: Valid passport and visa is mandatory
Tourist visa: Not required for stays less than 6 months
Currency: Pound
Tipping: Not included, but It is customary to leave 10-15% of the bill as a tip
Seat only: to book seats only – please find our link to great fares: www.aventura.is
Tourist tax: Not charged
Water: Safe to drink
Electricity: 230v, a three-pin plug


Things to do in London

Once in London, you need to resist the temptation to immediately rush to all the places where you will meet crowds of those who wish to see sights during the tour weekend in London. And believe, to get acquainted with the life of the city as it is, it is better not from the window of a tourist bus.

The life of a real Londoner takes place in two places outside of the office: in a local pub and park. Among all things to do in London, you should have a quick drink of a pint or two of beer or ale in one of pubs. An English pub is exactly where you should go in London - if not for British cuisine, then for the atmosphere. The crowd in pubs is usually in the evenings on weekdays, especially on Friday. Pubs are divided into those where "only drink", where "drink and eat," where "drink and dance."

Parks are also everywhere in London - there is hardly yet another capital in the world with so many green spaces. One of the famous parks is Hyde Park. You can go boating, fish, demonstrate your oratorical talent in the Shakespeare corner, have breakfast on the grass or ride a horse.

Have you long dreamed of seeing Buckingham Palace or visiting Prince William and Catherine Middleton's residence? You can see all the most significant places of the British crown. Drinking lemonade in the overgrown meadows of Green Park, it is interesting to watch the entrance to Buckingham Palace. Witness changing of the guard at Buckingham Palace that takes place daily at 11:30 in spring and summer, and in autumn and winter - every other day. Schedules are posted on a large tablet near the palace. Those wishing to photograph the ceremony without interference should take a seat at the palace fence in advance.

By the way, don’t forget in London to take a ride on the famous “double-decker” - a bright red bus, taking the best place on the second floor.

1. The famous Big Ben in London is not a tower, contrary to a common myth. “Big Ben” is the bell tower installed there, and the tower itself is called “Elizabeth”.

2. The zero meridian passes through London, which is also called Greenwich by the name of the district of the city of Greenwich. It serves as a reference point of time on the planet. Besides, It acts as a vertical equator, which divides the Earth into the western and eastern hemispheres.

3. There are two types of taxis in London - regular and traditional cabs. To get a cab driver’s license, it is obligatory to pass the most difficult exam for knowing absolutely all of London's streets. That’s why cab drivers do not use maps or navigators. See it for yourself!